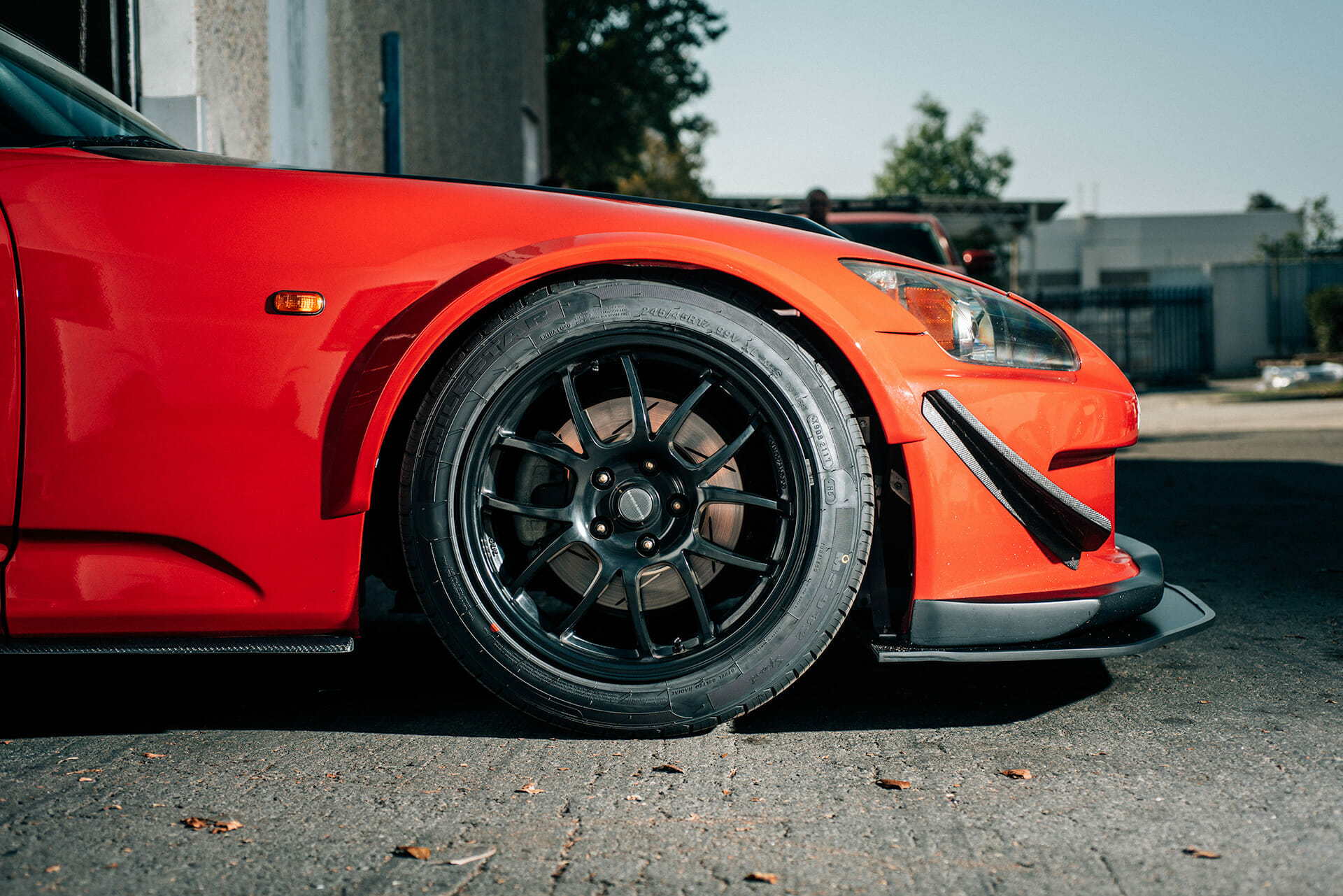 ON A DIME: BRAKE TECH – THEORY AND WARPING

Your brakes are possibly one of the most important parts of your car or truck. However, it’s probably one of the least well known after the shocks. Let’s talk about the basic theory of your brakes and discuss what “warping” really is.

You need to stop or slow down for that next corner but letting off the gas won’t slow you enough in many cases. In those cases, you need to get on the binders. When you hit your brake pedal, fluid is sent from the brake master cylinder to your calipers and/or drum wheel cylinder to move a set of pads or shoes against a rotating surface.

Well, they don’t warp like a wet piece of board does.

While your tire’s traction will determine how effective your braking is, the coefficient of friction of the brake liner will determine how much bite the pads or shoes will have on the rotors or drums. That thermal energy is then radiated away by airflow over the surface area of the rotor or drum.

Discs or rotors of the disc brake system do an equal amount of the hot work of the brake system, but they also do more than just transfer heat. Their face designs help the pads do their job, but what about the issue of rotors “warping?” Well, they don’t warp like a wet piece of board does. What’s happening is that the pads are leaving some of their friction material on the rotor surface under harsh braking.

Notice that “warping” is in quotation marks here. Your rotors do not warp in the sense that wood warps when it gets wet. Instead, what’s happening is that the brake friction material is transferring unequally to the rotor face. This can happen because of unequal temperatures on the surface of the rotor, a hotter spot on the rotor will transfer more friction material onto the rotor surface than the colder spot.

…what’s happening is that the brake friction material is transferring unequally to the rotor face.

This creates an uneven surface that transfers into the brake calipers and creates the judder and vibrations associated with “brake warping.” When a technician resurfaces the rotor, they are removing that access material along with the rotor surface to create an even face again.

That’s not to say a brake rotor can’t warp, but if it does there’s a whole host of other problems going on and usually, the rotor will crack and break before that warping happens.

Now that we’ve covered that, how about those rotors or brake pads?

The post ON A DIME: BRAKE TECH – THEORY AND WARPING appeared first on STATE OF SPEED : PERFORMANCE, SPEED, AND THE CULTURE THAT DRIVES IT.